The term “non-binary” describes someone who does not identify exclusively as a man or a woman. Non-binary people may identify as being both a man and a woman or as falling completely outside these categories. Many non-binary people also identify as transgender, though not all do.

Non-binary peoples day was first celebrated in 2012 and provides an opportunity to recognise that gender is a spectrum and to normalise it as such.

Activities could include awareness and education within agencies about the distinction between sex and gender, developing a gender-neutral language guide to encourage the use of gender neutral pronouns in agency communications and removing the requirement to identify exclusively male or female categories on documents such as surveys and forms. 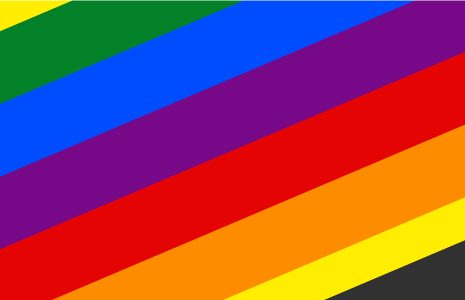 Every June, Pride Month celebrates the diversity of the LGBTIQ+ community with an opportunity to reflect, celebrate and continue the push towards equality for LGBTIQ+ people.

Wear it Purple Day is an annual awareness day especially for young LGBTIQA+ people. Wear purple on this day to celebrate diversity and young people from the LGBTIQA+ community.

A celebration and recognition of the LGBTIQ+ community of Brisbane, Pride Month includes the long-standing Pride Rally and March where community members and allies take to the streets to show support.

Bisexual Visibility Day (also known as Celebrate Bisexuality Day) has been marked each year on 23 September since 1999 and is a day to acknowledge and increase the visibility and inclusion of bisexual people.