Do I need to disclose and manage a conflict of interest?

Use this tool to identify, disclose and manage conflicts of interest in a recruitment and selection process.

A conflict of interest can be actual, perceived or potential.

An actual conflict of interest is when your private interests directly impact your performance of official duties. For example, a family member applies for a role you’re advertising. You would not be able to assess their performance in an unbiased way.

A perceived conflict of interest is when it might appear to others that your private interests could impact your performance of official duties. For example, a colleague you have a friendship with applies for a role you’re advertising. You might be able to assess their performance in an unbiased way, but others might not agree.

Identify your conflicts of interest

Your browser is not supported. Some functionality might not work as expected. 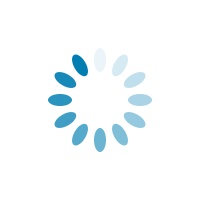 Sally is the SO Director of Corporate Services and the delegate to approve the recruitment of a permanent AO5 role in the Information Communication and Technology (ICT) team.

Sally considers whether this creates a conflict of interest. She determines that there are no concerns given she did not encourage John to apply for the role, she was not involved in the selection process and she agrees with the recommendation from the panel. Sally signs the selection report and the applicants are notified of the outcome.

The merit listed applicant, Ben, is in the same group of friends as John and hears that John was the successful applicant. Ben is aware that John’s parents are close friends with Sally. Ben has been working in the ICT team for 3 years now and thought he had a good chance at winning the role. Ben is very upset by the outcome as he considers that his skills and experience are more suitable to the role than John’s. This leads Ben to believe that the only reason why John was selected for the role is the relationship between Sally and John’s parents.

Ben requests feedback from the panel chair who explains that Ben was assessed as only slightly less suitable than John in two of the key capability areas, leading him to be ranked second and merit listed. Ben is not satisfied with this explanation, so he lodges a promotion appeal to the Queensland Industrial Relations Commission (QIRC).

John is advised of the promotion appeal and feels very nervous as he has already resigned from his previous role and commenced in the AO5 role. Additionally, John took out a loan to buy a new car after accepting appointment to the AO5 role. If John’s appointment in the role is overturned, it may impact on his ability to repay his car loan.

While Sally considered the conflict of interest, she failed to document and declare this to the authorised delegate. Although Sally supported the recommendation of the selection panel, as the delegate she is required to independently review the decision-making process of the panel to ensure it is fair and merit based. Given Sally has a close personal relationship with John’s parents, this creates a conflict of interest to Sally’s role as decision maker and impacts her ability to do this in an unbiased way.

What should Sally have done?

Under the Public Service Act 2008 and the Code of Conduct, Sally has a responsibility to declare in full, any interest that conflicts or may conflict with the performance of her duties. As a SO Director with delegated decision maker responsibilities, Sally has a duty to inform herself of her obligations in relation to both recruitment processes and dealing with and disclosing conflicts of interest.

Sally should have declared her relationship with John to her supervisor, who is the delegate to receive and consider any conflicts of interest for her role. The delegate would then have been able to further discuss the matter with Sally and decide a course of action in the public interest, such as assigning a different delegate for the appointment decision.

Sally’s role as a Director requires her to sustain a level of trust and respect from her colleagues and subordinates to effectively undertake her duties. It’s reasonable to think that this trust and respect would have been eroded because of Sally’s conduct. Additionally, Sally’s actions have had a significant impact on John.

Sally’s failure to declare the relationship and appropriately manage the conflict of interest it created may be considered misconduct or a breach of the Code of Conduct and she may be liable to discipline.

In the future, Sally should more carefully consider her obligation to declare conflicts of interest and the responsibilities of a delegated decision maker during recruitment and selection processes.

Mark is an AO8 Manager in the Community Funding Unit and has approval to recruit a permanent AO6 Senior Finance Officer. As panel chair, Mark secures another manager from the Unit and an internal stakeholder to be on the selection panel.

When the role is advertised, Mark contacts Daniel and recommends he apply for the role. In Mark’s previous role, he was Daniel’s manager and believes that Daniel has the skills to excel in the role and would be a good team fit. When they worked together, Mark and Daniel had a great relationship and would often grab a coffee and eat lunch together.

When Daniel applies for the role, Mark lets the other panel members know that he used to be Daniel’s manager and they discuss his suitability for the AO6 role. Mark doesn’t disclose his relationship with Daniel to the decision maker. Because Mark considers his relationship with Daniel professional, he doesn’t let the panel know that he and Daniel used to frequently get coffee and eat lunch together. Based on the information Mark provides, the panel agree that no further action is required. After interviewing the 4 shortlisted candidates, Daniel is considered by the selection panel to be the most meritorious and is recommended for appointment.

One of the unsuccessful candidates, Jane, used to work in the same team as Daniel and Mark and submits a complaint about the process alleging nepotism. Jane thinks Mark gave Daniel the job because they used to work together and are friends. She thinks they’re friends because she always saw them getting coffee and eating lunch together. Jane thinks Mark was biased towards Daniel and doesn’t think the process was fair.

What should Mark have done?

Under the Public Service Act 2008 and the Code of Conduct, Mark has a responsibility to declare in full, any interest that conflicts or may conflict with the performance of his duties. As an AO8 Manager with panel chair responsibilities, Mark has a duty to inform himself of his obligations in relation to both recruitment processes and dealing with and disclosing conflicts of interest.

Mark should have carefully considered, assessed, and declared his full relationship with Daniel to the decision maker. The decision maker would then have been able to further discuss the matter with Mark and decide a course of action in the public interest. This may have included monitoring the process, putting in place strategies to mitigate the perceived conflict of interest or removing Mark from the selection panel.

Mark’s role as a Manager requires him to sustain a level of trust and respect from his colleagues and subordinates in order to effectively undertake his duties. It’s reasonable to think that this trust and respect would have been substantially eroded as a result of Mark’s conduct.

Mark’s failure to declare the full extent of his relationship may be considered misconduct or a breach of the Code of Conduct and he may be liable to discipline.
In the future, Mark should more carefully consider how his actions or interests may be perceived in the workplace.

Nurse Unit Manager, Mary has been asked to recruit an Enrolled Nurse to her team in the Emergency Department. Mary's nephew has almost graduated with his nursing degree and is looking for part-time work.

Mary selects the selection panel which comprises herself, another Nurse Unit Manager and Registered Nurse. Mary begins determining the nature of the role including the hours required, she works with the other members of the selection panel to do this. She does not tell the other panel members that her nephew could be a potential applicant.

In their deliberations, there is dispute over whether the role should be full-time or part-time. Mary states she is concerned that a full-time position would unreasonably stretch the financial capacity of the hospital. Mary is aware that her nephew could not take on a full-time job in addition to his studies. In the end, they settle on advertising for a part time 0.6 FTE position. When the role is advertised, and Mary's nephew applies, she reports the conflict of interest to the other members of the panel and the delegated decision maker. It is agreed that her involvement in the recruitment process is restricted and Mary agrees to step down from the selection panel.

At the very outset, there is a potential conflict of interest. Mary knew that her nephew was likely to apply for the position, but she did not disclose this information until after she had finalised the role description. As a result, a reasonable person could later think that she was influenced in shaping the role description by her nephew’s availabilities and qualifications rather than the needs of the hospital.

This perception creates a risk for Mary's reputation and for the reputation of the hospital. Mary's role as a Nurse Unit Manager requires her to sustain a level of trust and respect from her colleagues and subordinates in order to effectively undertake her duties. This trust and respect may have been eroded as a result of Mary's conduct.

Mary's conduct may have also compromised the outcome for the hospital. As a result of the decision to create the role as a 0.6 FTE, this may have narrowed the applicant pool impacting the quality applicants. Because of her focus on her nephew, Mary may not have given this issue due consideration when determining the required time-fraction for the role.

What should Mary have done?

Under the Public Service Act 2008 and the Code of Conduct, Mary has a responsibility to declare in full, any interest that conflicts or may conflict with the performance of her duties. In this instance, Mary has failed to declare her conflict of interest at the appropriate time.

Mary should have declared the potential conflict of interest to the delegated decision maker when she was asked to fill the role, as she had reason to think that her nephew would be a likely applicant. The decision maker could then have decided the required course of action including delegating the responsibility to determine the requirements of the role to another staff member.

Mary's failure to declare the full extent of her relationship may be considered misconduct or a breach of the Code of Conduct and she may be liable to discipline.

In the future, Mary should more carefully consider how her interests may impact performance of her duties in the workplace.